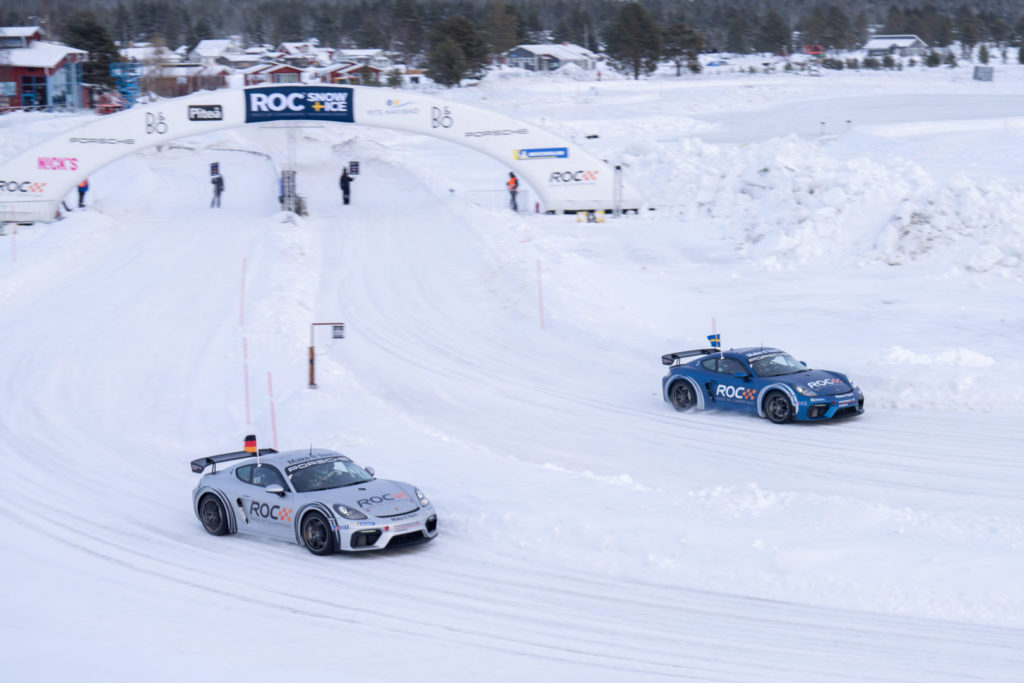 The draw for this weekend's Race Of Champions has taken place and pits some of the greatest drivers in motorsport history against each other on the frozen ice at Pite Havsbad. The starting field was also completed today when record holder and four-time ROC champion Didier Auriol confirms participation. Auriol competes both in the individual competition and in the Nations Cup where he represents Team France together with Loeb.

The entire driver lineup was thus complete today when the 1994 world rally champion Didier Auriol, who has won the ROC Champion of Champions title four times, was confirmed to participate. Auriol will also represent Team France in the ROC Nations Cup together with Loeb, where they will meet Team Nordic's Johan Kristoffersson and "Mr Le Mans" Tom Kristensen.

- I have always enjoyed competing in the Race Of Champions. It will be very fun to represent France with Sébastien. I drove Rally Del Ticino with a DS3 WRC car in September last year, but I do not compete that often, so I hope I do not become an obstacle for him in the ROC Nations Cup, says Auriol and continues.

- When it comes to the individual Race Of Champions, I hold the record as I have won it four times, but if Sébastien takes his fourth win this year, we will have to share the ROC record.

Didier Auriol will also participate as an ambassador for the French brand GCK Exclusive, and he will test the new Lancia Delta Evo-e R during a special vintage setup both days.

Result of the draw
The draw for the individual Race Of Champions, conducted by Tobias Lindfors, Group Vice President and owner of Pite Havsbad Group, and Kristoffer Lundström, CEO of Pite Havsbad Group, divides the driver lineup into two parts. On one part are the international racing drivers and on the other are the rally drivers and those with more experience of off-road driving. The winners of each part of the draw will meet in the grand final.

The draw resulted in that Team Sweden's Timmy Hansen and Mattias Ekström is set against Team Norway's Petter and Oliver Solberg.

- We have drawn exciting duels, including the meeting between Formula 1 drivers Valtteri Bottas and Sebastian Vettel already in the quarterfinals and the meeting between Sweden and Norway in the ROC Nations Cup. It will be very exciting to see the drivers compete and we will experience unique world-class races, says Tobias Lindfors, Group CEO and owner of Pite Havsbad Group.

As the track conditions on snow and ice can change quickly depending on the weather, ROC's traditional group games will not take place as it often requires a count of fastest laps. Instead, this year's world final will use a knockout system.

To make it as fair as possible, the races in round 1 and the round of 16 are decided by the individual Race Of Champions over two heats, where the competitors change starting position each time. In a 1-1 draw, the driver advances with the best total time. In the ROC Nations Cup, the competitions in round 1 and the quarter finals are decided over four heats, so each driver will compete against both drivers from the other team. In the event of a 2-2 draw, the team with the best total time will advance.

Team LATINAMERICA or Team USA vs. Team GERMANY or Team eROC ALL STARS

HERTA or CASTRONEVES vs. CHADWICK or SCHUMACHER

Visit www.raceofchampions.com, Race Of Champions on Facebook plus @raceofchampions and #ROCSweden on Twitter for access to rights-free high-resolution photos and to stay up to date with the latest news ahead of this year's event.