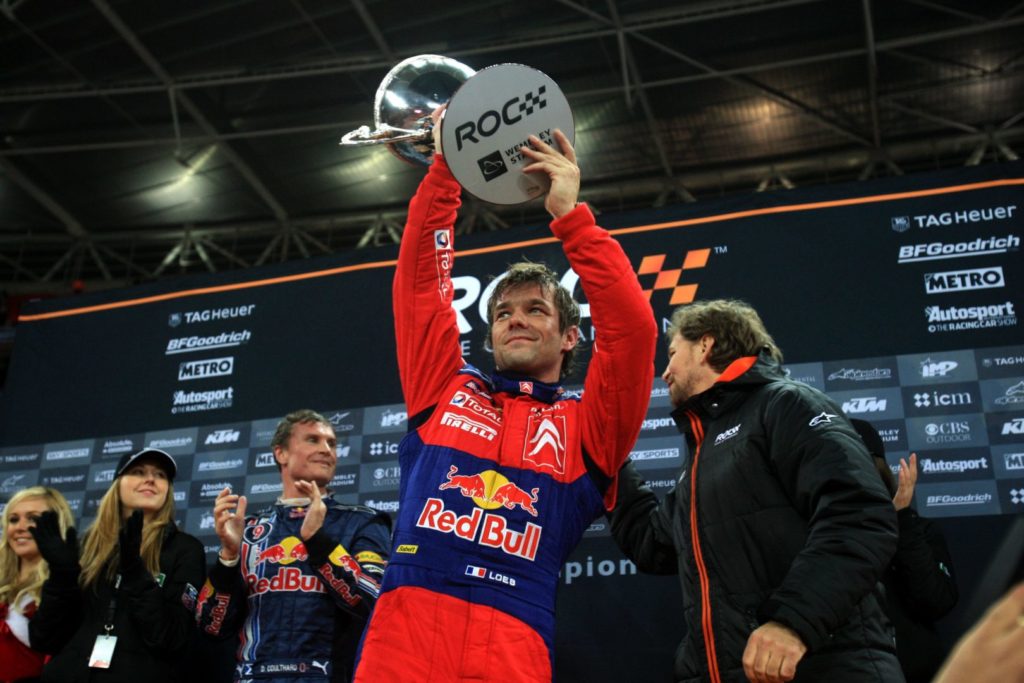 French rally legend Sébastien Loeb, who loves to ride on ice and snow, says he is looking forward to the new and unique tracks on the frozen sea off Pite Havsbad.

– Winning the Race Of Champions at the Stade de France in Paris is one of the best moments of my career. I'm still as fast as ever and I love driving on snow and ice.

Sweden will thus host the next world final of the Race of Champions and the competitions will be held at Pite Havsbad on 5-6 February 2022. The new snow and ice rink will be built on the frozen Baltic Sea at Pite Havsbad. The track will be faster and wider than a typical ROC track. Race Of Champions founder and president, Fredrik Johnsson is very pleased to be able to present Loeb as one of the starting drivers.

– It is fantastic that Sébastien is back to compete in ROC again. This will be a unique opportunity for fans to see the world's best rally drivers compete in Sweden. Loeb has shown that he is as fast as ever in this year's Extreme E and Dakar competitions and will be spectacular to see at full speed on the new Race Of Champions ice rink on the frozen sea at Pite Havsbad, says Fredrik Johnsson.

Loeb aims to win
For Loeb, it will be his eighth participation in the Race Of Champions. Loeb has been named "Champion of Champions" at previous ROC events in Gran Canaria, Paris and London. In addition to his individual wins, Loeb has been second four times in the competition and he has also competed with compatriot Jean Alesi and taken home the coveted ROC Nations Cup 2004.

– The competition in ROC is always very tough and I still do not know who will be my teammate who will represent France in 2022, but my goal is to try to win both the ROC Nations Cup and individual Race Of Champions again, says Sébastien Loeb.

Stars of the world
For more than thirty years, ROC has brought together many of the most successful drivers from all disciplines in global motorsport. The event is known for attracting superstars from all the major championships including Formula 1, Le Mans, Nascar, IndyCar, World Rally and Rallycross. During its three decades, the event has been a battle between European legends such as Michael Schumacher, Tom Kristensen, Sebastian Vettel, Sébastien Loeb, Petter Solberg, Mattias Ekström, Colin McRae, David Coulthard, Marcus Grönholm and Jenson Button. Along with international stars such as Nascar champions Jimmie Johnson, Kurt and Kyle Busch and Jeff Gordon. IndyCar champions Ryan Hunter-Reay and Josef Newgarden, Formula E champion Lucas Di Grassi and legendary extreme sports star Travis Pastrana and Indy 500 champions Juan-Pablo Montoya and Helio Castroneves are also examples of previous participants.

– The fact that the world stars are now joining one by one is fantastic for all motorsport enthusiasts and for those who want a unique folk festival with one of the world's coolest motor events now for the first time on snow and ice on frozen seas, says Tobias Lindfors, Group President and owner Pite Havsbad Group and continues.

– Race Of Champions Snow & Ice will be a fast-paced experience with excitement and adventure for the whole family, we invest wholeheartedly in new winter experiences with racing and the opportunity for everyone to test drive on snow and ice.

Green focus with new cars
New for Race Of Champions 2022 is also that many of the race cars will be electric and with 100% fossil-free biofuel engines. Cars that have been announced so far include the FIA ​​RX2e - an electric rallycross car that generates 250kW (335 hp) of power and up to 510 Nm of torque - and the new Porsche 718 Cayman GT4 Clubsport. The RX2e accelerates from 0-100km / h in less than 3.3 seconds, while the GT4 delivers 425 hp. SuperCar Lites will also return to ROC, but this time powered by 100% fossil-free biofuel.

Limited number of tickets
The organizers have released a limited number of tickets via Tickster and will adapt the competitions in accordance with any COVID restrictions that remain. The organizers will provide updates regarding dates, times, ticket sales and any restrictions that affect travel and information about local restrictions due to COVID-19, as well as updates about the permitted audience level and ticket sales. Updated information is available on www.raceofchampions.com and www.pitehavsbad.com .

Race Of Champions will be held at Pite Havsbad in February 2022. The event will be able to be watched on TV and in social media all over the world. A world-unique arena and winter village is being built where the track is kept open all winter for unique driving experiences.

Pite Havsbad is the Nordic region's largest facility for tourism, entertainment and conferences. At Pite Havsbad there is accommodation capacity with hotel rooms, cottages and camping for about 7,000 people. The event is estimated to employ several hundred people and the organizers aim for an audience record. The competition that has become a favorite among both drivers and spectators is divided into two competition days, the first day is the ROC Nations cup where countries compete in teams against each other and the second day is the individual competition Race Of Champions where "Masters of the Masters" is crowned.

About Pite Havsbad:
With more than one million visitors each year, Pite Havsbad is northern Europe's largest facility for tourism and conferences. Whether you are looking for relaxation, entertainment, activities, enjoyment or rewarding meetings, you will find the opportunities here all year round. www.pitehavsbad.se