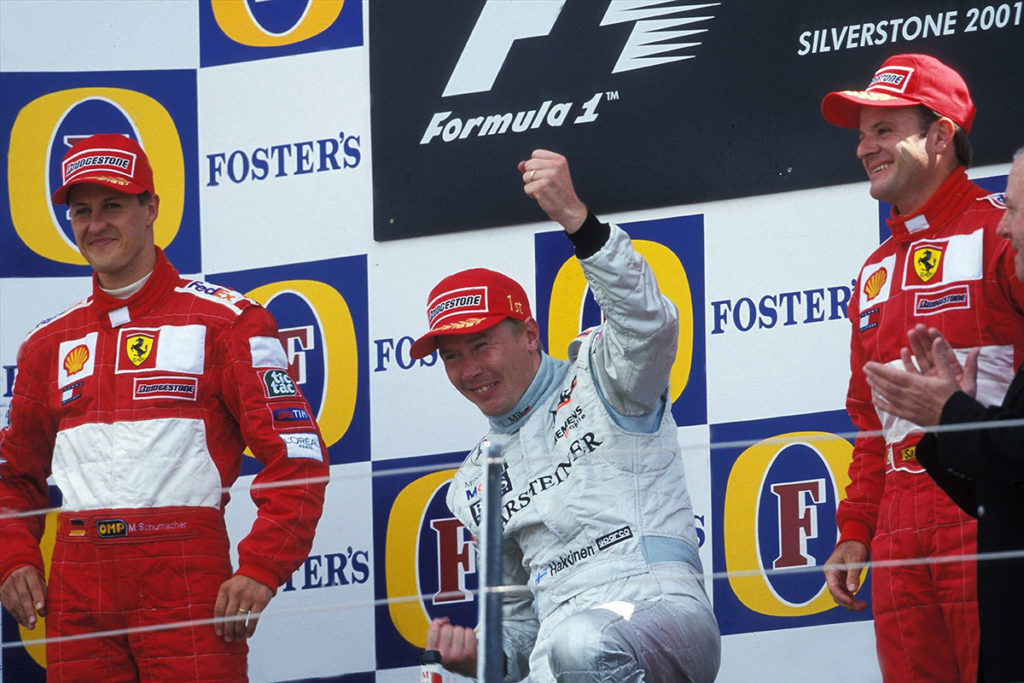 Formula 1 star Mika Häkkinen, who has won two World Championship titles, is now ready for Race Of Champions at Pite Havsbad 2022. In addition to the individual competition, he will represent Team Finland together with Valtteri Bottas.
– I am very happy to be back and compete again and to finally be able to participate in the Race Of Champions. It will be very different from racing in Formula 1, but I love racing and it is spectacular to drive on snow and ice. I will try to get some training at my home in northern Finland before the event, says Häkkinen.

Mika Häkkinen, "The Flying Finlander", joins the growing crowd of world champions participating in ROC Snow and Ice at Pite Havsbad February 5-6 next year. Mika Häkkinen, who competed in Formula 1 for a decade, won the World Championship titles both in 1998 and 1999 and is one of the biggest names in global motorsport. Before Häkkinen retired in 2002, he had collected a total of 20 victories in Formula 1 and taken 51 podium places. In addition to the individual competition, Häkkinen will try to win the prestigious ROC Nation’s Cup for team Finland together with Formula 1 star Valtteri Bottas.

– It is an honor to represent Team Finland together with Valtteri Bottas. We will do our best to win and hopefully many Finnish fans will support us, says Häkkinen.

This is the first time that Mika Häkkinen has competed in the Race Of Champions, but Finland has taken home a total of 8 wins in the ROC over the years, of which six of these in the individual race and two by Team Finland in the ROC Nations Cup, most recently when Heikki Kovalainen and Marcus Grönholm won at the Stade de France in 2006. The Finnish team looks strong for 2022, Valtteri Bottas is looking forward to competing with Häkkinen.

– Mika and I have become good friends, so I am very happy to have him as my teammate and represent Finland in the ROC Nations Cup. Then of course we have to try to beat each other in individual Race Of Champions. Regardless of who wins, it will be entertaining for the fans, says Valtteri Bottas, who took a dominant victory in the recent Formula 1 Grand Prix in Turkey before Max Verstappen.

The competitions on frozen sea in icy February at Pite Havsbad will be an extra challenge in the form of short days and low temperatures. Häkkinen will be challenged in a starting field of both legends and future stars, not least the Scandinavian line-up with Bottas, Tom Kristensen, Johan Kristoffersson, Mattias Ekström and Petter and Oliver Solberg is strong.

– It is great that Finland is participating in the Race Of Champions again with such a strong driver pair as Valtteri and Mika. There will be a lot of prestige, not least in relation to Sweden. The Nordic drivers may have a little more experience of driving on snow and ice, but the competition from countries such as France, led by Sebastien Loeb and the USA with Travis Pastrana, will be fierce and it often happens that new stars surprise in ROC, explains Fredrik Johnsson, president and founder of Race Of Champions and continues.

– One thing is for sure, it will be very spectacular and entertaining for the spectators.

– Incredibly fun that Finland gets two Formula 1 drivers in its team with Valtteri Bottas who won F1 a few weeks ago and the legend Mika Häkkinen who also makes his debut in ROC. Now the competition is fast approaching and we look forward to two days of great festival and unique competition on the frozen sea, says Tobias Lindfors, Group President and owner Pite Havsbad Group.