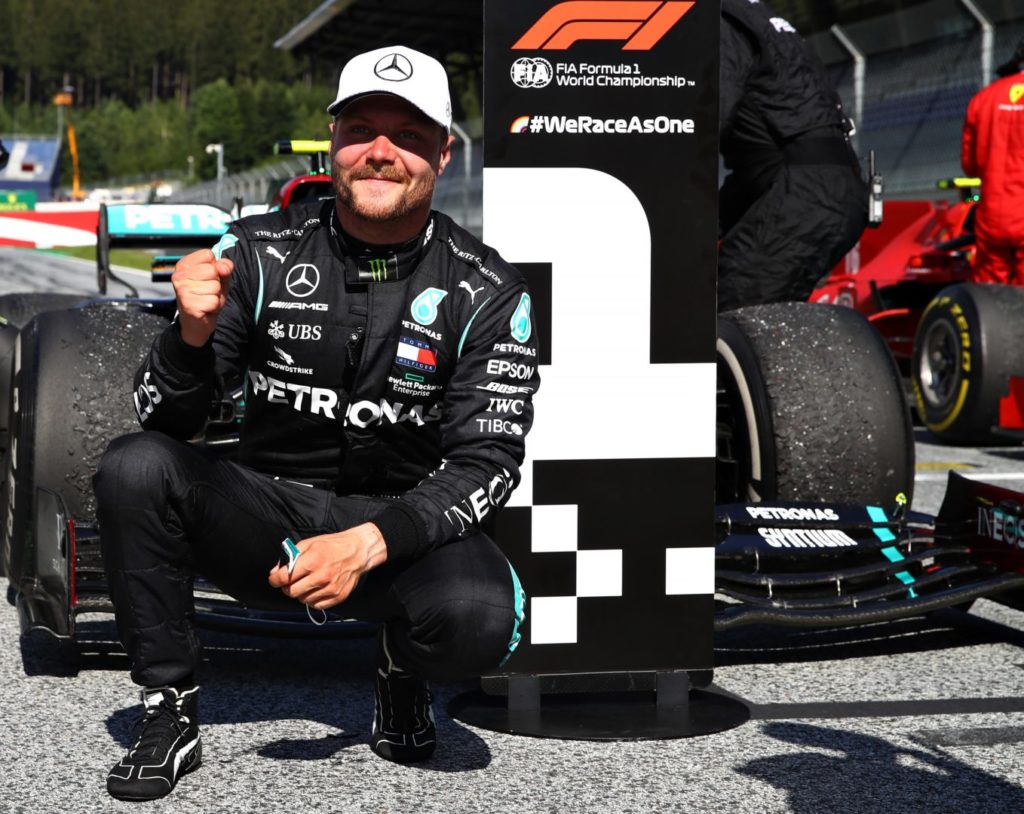 Formula 1 star Valtteri Bottas is now ready for Race Of Champions at Pite Havsbad. Bottas, who competes for Mercedes until the turn of the year, won the second F1 sprint ever and advanced 16 places from last place to a third place in the Italian Grand Prix which was run the second weekend in september at Monza. The Finnish driver is looking forward to the snow and ice competitions in Piteå 2022.

– I am really looking forward to finally competing in Race Of Champions after watching the event on TV for many years. That this year's event will also be on snow and ice makes the competition even more exciting, says Valtteri Bottas.

The second weekend in september, Bottas ended a successful three-day Formula 1 race on the legendary Monza track. He was fastest in Friday's qualifier, won the new F1 sprint on Saturday and finnished in a total third place after a fantastic race on Sunday with 16 overtaking after being moved from pole position to starting last because of mechanical problems that forced Mercedes to change engine.

– For us in the team behind Race Of Champions, it is fantastic fun to be able to present world stars like Valtteri Bottas who now joins the competitions at Pite Havsbad. We know that we design an interesting and world-unique concept that attracts many of the best drivers in the world, says Fredrik Johnsson, president and founder of Race Of Champions.

From Mercedes to Alfa Romeo
Last year, 2020, Bottas finished second in the overall standings for the F1 World Championship behind Lewis Hamilton and is this season currently 3rd behind Max Verstappen and Lewis. The former GP3 champion, who began his Formula 1 career at Williams before moving to Mercedes, has now signed a multi-year contract to drive for Alfa Romeo from 2022.

Valtteri Botta's results since the start of his career in 2013 are impressive with four F1 Constructors World Championship titles with Mercedes, 9 wins in Formula 1, 64 podium places and 17 pole positions.

Likes snow and ice
Bottas enjoys driving on snow and ice and has competed in the Arctic Rally during F1's winter breaks in 2019, 2020 and 2021. In addition to competing in individual Race Of Champions, Bottas will also lead Team Finland in the ROC Nations Cup.

–  I have competed in the Arctic Rally a few times so hopefully that experience will help us as we strive to beat the strong competition, and especially our Nordic neighbors from Sweden and Norway, to add among Finland's many wins in both individual ROC and ROC Nations Cup, says Valtteri Bottas.

Finland has a total of 8 wins in the ROC over the years, of which 6 of these in the individual race and 2 of team Finland in the ROC Nations Cup, most recently when Heikki Kovalainen and Marcus Grönholm won at the Stade de France in 2006. Who will be Valtteri Botta's Finnish teammate will be notified closer to the event.

– Pite Havsbad look forward to welcoming a large number of visitors during this unique motorsport weekend in February. We have already noticed a greater demand for the event and accommodation at the facility and now with additional star drivers joining, it will surely be noticed even more on the bookings, says Tobias Lindfors owner and CEO of Pite Havsbad Group.