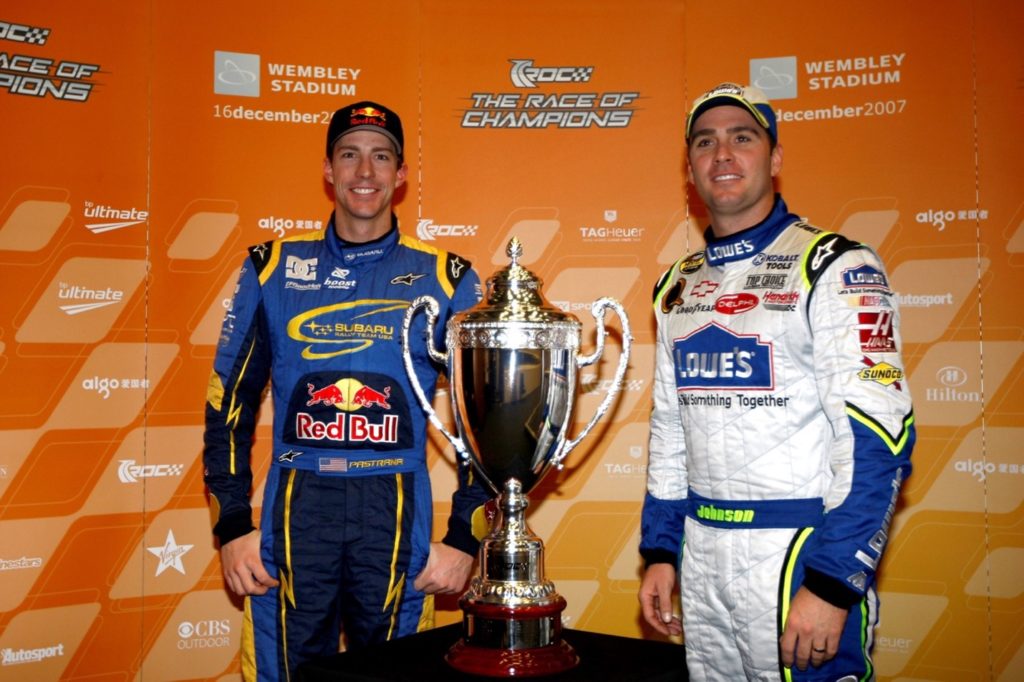 One of the most acclaimed drivers in American motorsport is now ready for the Race Of Champions at Pite Havsbad 2022. The seven-time NASCAR champion Jimmie Johnson joins the strong field of world drivers who will compete on ice and snow in February. In addition to the individual competition, Johnson will represent Team USA along with Travis Pastrana in the ROC Nations Cup.

– First Valtteri Bottas and Mika Häkkinen from Formula 1 and now fantastic news that NASCAR star Jimmy Johnson is joining the race. We are glad that we have managed to get representatives from many different genres in motorsport. Now we have topdrivers from all over the world who compete on the same terms regardless of background. It is impossible to say in advance who will win and that is exactly what Race Of Champions is all about. It will be two very exciting and fast-paced days, says Tobias Lindfors, CEO and owner of Pite Havsbad Group.

Jimmie Johnson has competed full-time in the NASCAR Cup Series between 2002-2020 and has a total of 83 wins and won seven championships before moving to the NTT IndyCar Series for the 2021 season. Jimmie Johnson will compete against a lineup of legends and new shooting stars and his teammate for the Nations Cup, 2021 American Rally champion Travis Pastrana, is looking forward to competing together.

– This is exactly what I hoped for. Jimmie and I were had some bad luck when we competed together in 2006 and 2007, but I think this type of course will be perfect for us, says Travis Pastrana.

ROC Snow and Ice will be held on the frozen sea at Pite Havsbad and will be another opportunity for drivers who are used to unpredictable surfaces.

– The short days, the cold climate and the changing weather conditions mean that the course at Pite Havsbad will be suitable for all-round talents like Jimmie. He does not have much experience of four-wheel drive but he is very skilled at off-road driving at high speeds, so I am sure he will adapt very quickly just as he did in 2002, says Fredrik Johnsson, President Race Of Champions and continues.

– Drivers participate in the Race Of Champions because it provides a special experience and innovative challenges that they do not find during their normal racing seasons. The competition has been successfully held in large arenas all over the world, but it will be really fun to go back to the natural terrain, and to try driving on snow and ice, says Johnsson.

In 2002, Jimmie Johnson won the ROC Nations Cup in Gran Canaria, Spain, when he and NASCAR colleague Jeff Gordon represented Team USA. They were the first NASCAR drivers to compete in the Race Of Champions.

– Gran Canaria was dirt and I do not think the other drivers knew how much experience of dirtracing we had. There were probably not many who expected me to drive well or who even knew who I was. Winning the ROC Nation's Cup was something completely unique and is the only event where I had the opportunity to represent my country. I've accomplished a lot in my career, but it's the only experience I've had that way, says Jimmie Johnson and continues.

– It's fantastic to get another chance! I'm really looking forward to returning to ROC and competing with Travis. He is a huge talent and we always have fun when we compete together. Now we hope for another fun experience on snow and ice with good results, says Johnson.