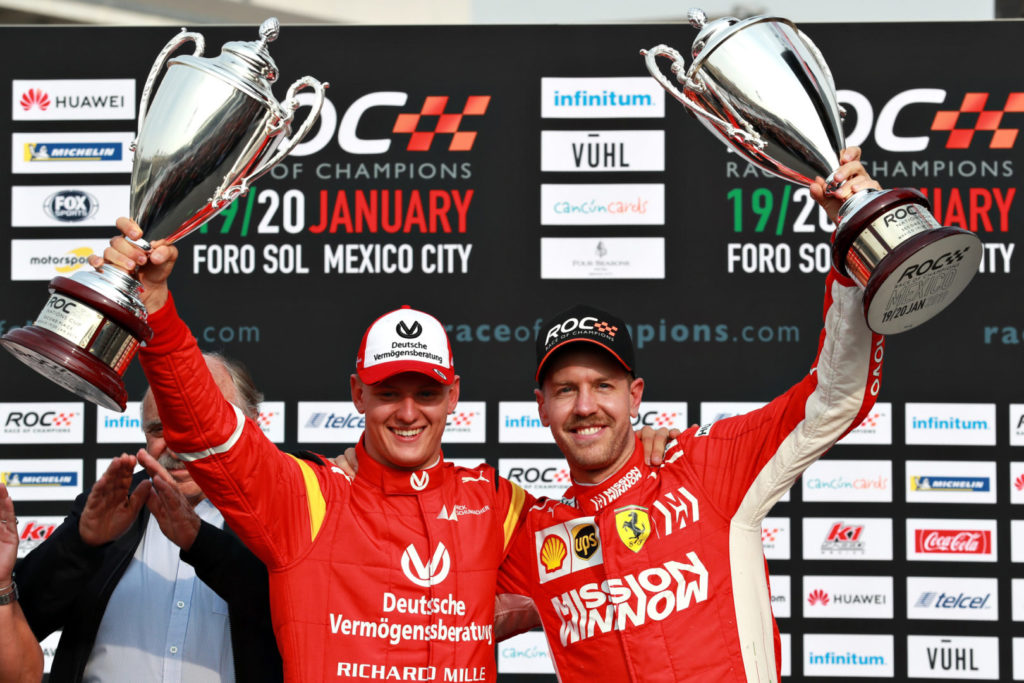 Sebastian Vettel and Mick Schumacher returns to 2022 Race Of Champions.

In other words, Germany will be represented by a very strong team in the ROC Nations Cup on Saturday 5 February, and of course both Vettel and Schumacher also aim to be crowned "Champion of Champions" in the individual Race Of Champions on February 6th.

– During the Race Of Champions in Mexico, we came second in the Nations Cup, so our goal is to make an even better round in Sweden, says Sebastian Vettel.

– The other teams, especially the Nordic ones, may have more ice-driving experience, but we will try to make up for that with our motivation and resilience over the days of the event. Either way, I so very much look forward to meeting all the other drivers and spending time with them during the Race Of Champions weekend. The snow and ice promises to make this ROC event extremely special, and I am more than sure the drivers will have a crazy good time together in Sweden

The world final of the Race Of Champions Snow & Ice will be held on the frozen Baltic Sea, and will be the largest motorsport event ever held in Norrbotten. The track in Sweden will not only be the fastest and widest track in ROC's thirty-year history, but it will be held on the unpredictable surface of the frozen sea and in a variety of racing cars.

– It will be a world-unique event where Formula 1 drivers such as Schumacher and Vettel drive on the frozen sea for the first time. We have a very strong starting field and more drivers will be announced in the coming month. The audience really has something really cool to look forward to where we have world drivers from, among other things, Formula 1, rallycross and NASCAR, says Tobias Lindfors, CEO and owner of Pite Havsbad Group.

Vettel, the youngest F1 world champion ever and one of the most successful drivers in Formula 1 history, currently competes for the Aston Martin Cognizant Formula OneTM Team. Vettel has previously competed nine times in the Race Of Champions final and was crowned "Champion of Champions" at ROC London 2015 when he beat Le Mans legend Tom Kristensen in the final round.

– I think this event in Sweden has everyone's curiosity, including Mick and Sebastian, who both asked a lot of questions when we met at the Mexican F1 Grand Prix. Sebastian is one of the most successful drivers in ROC history and Mick made a big impression on everyone in his debut at ROC Mexico. It will be very interesting to see how they adapt to the new ROC Snow + Ice track, said ROC President, Fredrik Johnsson.